Anime is pretty popular when it comes to story and action scenes. That’s why anime has taken over 60% of other animated shows worldwide. Now you can imagine how popular anime is. Speaking of popularity, It’s not only the story and action scenes but the foods are also popular. So here are the top 14 anime foods that are really popular in real life.

Literally every anime has rice balls aka Onigiri. This is very popular dish in Japan. It’s widely available in convenient stores in Japan. It’s quite easy to make and it’s also tasty. Onigiri is a staple of Japanese lunch boxes (bento). It’s made with rice. People oftenly shape this food round or square depending on their preferences. You may have seen this food lurking in almost every anime.

Fried Shrimps are widely popular in Asia. The origin of this food is Japan. This dish isn’t as popular as others but it’s doing well in japanese restaurants. We have seen this dish in anime like Restaurant to Another World. It’s also available in other anime as well. Mostly this dish appears on restaurants in Shinchan anime.

Tamagoyaki is a type of omlette in Japan. This omlette has been made with layers. People usually serve this dish in makiyakinabe (rectangular omlette pan). Eggs, soy sauce or sugar are the main ingredients in Tomogoyaki. Other than this ingredients, sake and mirin can be used in the dish as well. People often make this in breakfast time or sometimes in lunch time. It appeared on the second episode of Itadakimasu anime.

Miso soup is a japanese traditional food. It’s been there for ages. Miso Soup contains a juicy stock and a soft paste of Miso beans. You can add vegitables like tofu and abura-age in this soup if you want. Miso soup is often heard in almost each anime. Lately it’s appearing in Higehiro anime quite oftenly.

Okonomiyaki is a japanese savory pancake. To be exact, it’s japanese pancake. The pancake has many versions around the country but Kansai or Osaka-style okonomiyaki is the predominant version of the dish. This dish is also referred to “Osaka Soul Food”. This dish has variety of ingredients. It contains ingredients such as green onion, cabbage, meat (usually thinly sliced pork belly or American bacon), octopus, squid, shrimp, vegetables, konjac, mochi or cheese. We see this only in Love Hina anime and other unpopular anime.

Korokke is a japanese dish. This dish has some french influence over the cooking style. Korokke dish has a mixture of chopped meat, seafood, or vegetables with mashed potato or white sauce. It has a shape like flat patty. Later this mixture is coated with wheat flour, eggs and japanese style breadcrumbs. After that it’s deep fried. That’s how the korokke is made.This dish is widely popular because of an anime, Kiteretsu Daihyakka. Because a character name korosuke always love this dish. That’s what made it popular.

Gyoza are dumplings filled with ground meat and vegetables. It’s originally a Chinese dish but later it has become very popular in Japan. This dish consists of ground pork, nira chives, green onion, cabbage, ginger, garlic, soy sauce and sesame oil. Some people go creative and change the ingredients according to their needs. There are various types of Gyoza and Yaki Gyoza is one of them. Yaki Gyoza is very crispy as it’s fried in oil. Gyoza is also very popular dish in anime. Lately you can see Gyoza in Higehiro and Naruto.

Beef Sukiyaki is a popular japanese dish, served in a japanese hotpot. It consists thin slices of beef alongside other vegetables. All ingredients are slowly cooked or slimmered at the dining table. People usually eat with a dip in a mixture of soy sauce, sugar and mirin. It’s generally a winter dish. So people usually eat this dish at the end of a year. This dish is widely available almost in every famous anime. If you watch Shinchan, you may have already encountered this dish several times.

Takoyaki is a japanese snack. It consists of wheat flour batter, minced or diced octopus, tempura scraps, pickled ginger, and green onion. The foods are brushed with takoyaki sauce (similar to Worcestershire sauce) and mayonnaise. You can add dried bonito and green laver. Takoyaki is clearly visible in any anime but there’s an anime named Takoyaki Capeman. So you see how this food got popular.

Katsudon is a very popular japanese food. It consists a bowl of rice and deep fried pork cutlets, eggs, vegetables and other condiments on the rice. This dish appeared several times in My Hero Academia where the main character Izuku Midoriya loved to eat Katsudon.

Japanese curry has three forms. Those three forms are Kareu raisu, kareu udon, kareu-pan. It’s been made with various vegetables and meat. Japanese people mostly eat this dish in lunch time. It can be seen in almost every anime. Mostly it has appeared on Ninja Hattori.

Cup noodles or instant noodles is one of the most eaten foods in Japan. It’s not only famous in Japan but also in many countries. It’s a pre- cooked food which is inside the bowl. Usually the flavour comes in different packet inside the bowl and you just have to add boiling water and wait 3 minutes to cook it. This food is so famous that it appears in Shinchan, Naruto, Doraemon and in other anime.

Ramen is one of most popular dishes in Japan. It’s basically a noodle-soup. It consists of chinese wheat noodles with a pork slice or other meat. All are in one bowl full of stock. It has other toppings too. You can add vegitables, eggs, porks or beef. The stock is made of miso beans and soya sauce. This dish is widely popular because of Naruto anime. Not only Naruto anime but also there are other anime as well. That’s why many people living outside would love to taste this dish.

Now I don’t have to tell what dora cake is. It’s the favourite food of Doreamon. The real name of the food is Dorayaki. It’s a type of pancake. It has two layers. The recipe of this cake is much similar to a pancake. However there many youtubers who made video on Dora cake recipe. That’s why it’s the most popular anime food.

These are the all anime foods that have become popular overseas only because of anime. Obviously there are lots foods other than these but it’s small post so that’s why not all the foods are here. 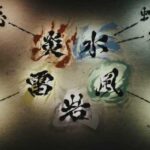 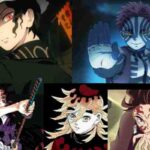