There are lots of intelligent shinobi in the Naruto world. But none of them are as intelligent as the list below. If you think of intelligent people, you only remember some people such as Shikamaru and his dad Shikaku. All shinobi will be ranked based on their intelligence and biggest achievements. So if your favorite character is not on the list. Don’t feel sad about that. Also, I am not including Boruto anime characters here. Because I don’t think any characters from Boruto anime will make it in the list. So here are the top 10 most intelligent shinobi in Naruto.

Sasuke Uchiha surely deserves to be on the top 10 list of most intelligent shinobi. In the Naruto Original Series, Sasuke was introduced as a prodigy of the Uchiha Clan. He was a topper in the ninja academy. Sasuke even impressed Kakashi Hatake in the bell test. Sasuke also managed to adapt Chidori (S class Jutsu) after a few hours of training whereas it took almost 7-10 days for Naruto to learn Rasengan also (an S class Jutsu).

Neji Hyuga is a prodigy from the almighty Hyuga clan. It was revealed in the Naruto original series that Neji learned some Hyuga techniques which are only available for the main branch of the Hyuga clan. He learned all techniques just by watching them. Later in Naruto Shippuden, Neji took the Chunin exam and got directly promoted to Jonin because of his intelligence and skills. That’s why Neji deserves to be in 9th position.

Tobirama Senju is the second Hokage. His childhood hasn’t been revealed that much. He also created basic jutsus which we saw naruto using them. He created Shadow Clone Jutsu, Reanimation Jutsu, endless paper bomb Jutsu, Flying Ryjin, and many more. Tobirama Senju not only created awesome jutsus but also some basic things that a village needed. He created Ninja Academy where children can learn basic things about the Shinobi world. He also created Aanbu Black Ops which are under the direct control of Hokage. Later he also created the Uchiha police force. This much information is enough to justify his rank in this list.

According to the story, Kakashi Hatake is also a prodigy of the Naruto anime series. He was so smart and skilled that he graduated from Ninja Academy in one year. According to Itachi, Kakashi mastered Sharingan to a new level without being an Uchiha. He also invented Chidori, an S rank jutsu. These are the reasons he ranks at seventh position.

Just like other characters, Orochimaru is also a prodigy of his time. At a very young age, he was able to impress Hiruzen Sarutobi, the Third Hokage with his skills. Orochimaru quickly adopted his master’s shuriken jutsu as well.

I guess these reasons are enough to rank him at sixth position.

Madara Uchiha is also a prodigy of the Uchiha Clan. We can see his smartness and skills during the fight with Hashirama. He put Nine-Tails in gen Jutsu and wrap his Susanoo. Later Sasuke adapted this technique. But Madara was the one who created this technique. Later in the same fight with Hashirama, Madara convinced him that he (Madara) was dead. But he used Izanagi and escaped from there and Injected hashirama’s cell into him. This action resulted in the awakening of Rinnegan.

According to the story, Minato Namikaze is also a prodigy of the Naruto anime series. Let’s have look at his achievements. Minato was so smart that he became one of the youngest kage of all time. Minato scored the highest marks in Ninja Academy that is still unbeaten in the Boruto series. He was smart enough to take on Obito’s Kamui and counterattacked it. He made Naruto a Jinchuriki with a strong reason as well. Checking all facts, we can say Minato deserves to be on the most intelligent shinobi in the Naruto series. He ranks high in strongest hokage ranking post.

At number three, we have Shikamaru Nara. I know many people would disagree with this rank. As mentioned in the story, Shikamaru has an IQ of over 200. Then why did he is in third place not in the first place?

Shikamaru isn’t good enough in Ninjutsu, Genjutsu, or Taijutsu. However, his observation and tactical skills are over the roof. Even his team captain Asuma Sarutobi used to ask him the final decisions of complex missions. The audience witnessed his intelligence when he was fighting against Hidan, an S rank Akatsuki member. If we look into Hidan’s power, he is almost a thousand times stronger than Shikamaru. Still, Shikamaru was able to beat him with his intelligence without getting any scratch. So he totally deserves to be in the number three position. As mentioned in the story, he has great tactical and observation skills but still, his biggest achievement was defeating Hidan. That’s nothing when you compare his achievements with Naruto or Sasuke who were able to achieve bigger goals. That’s why he is in the third rank not on the top.

Itachi Uchiha is one of the biggest prodigies of the Uchiha Clan. Basically in the Naruto anime series, it seems except Naruto everyone is a prodigy. Itachi was able to control his chakra at the age of four whereas Sasuke, who is also a prodigy, learned chakra control after Sasuke became a Genin. At the age of seven, Itachi was able to think like a Hokage. He also joined Anbu at the age of eleven and became an Anbu captain at the age of Thirteen. He also massacred his whole clan and infiltrated Akatsuki as a spy. Because of these reasons, he surely deserves to be at number 2.

At number one we have Black Zetsu, the villain was pulling strings from behind. He is the most intelligent character in the whole Naruto series. Think once, he manipulated Indra and later he manipulated the reincarnations of Indra and Asura to make them fight. He also did many things, he was the reason, the shinobi world became like this. He did these things without having any kind of power. Black Zetsu is arguably the strongest character in the Naruto series.

That’s the list. These are the most intelligent shinobi of Naruto world. I hope I didn’t miss any details or any other shinobi. Let me know what’s is your list down below. 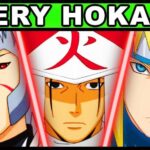 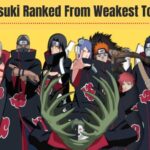